Big Data: A Tough Climb Ahead The promise of Big Data and Analytics Holds Many Benefits for Manufacturers

Big Data: A Tough Climb Ahead The promise of Big Data and Analytics Holds Many Benefits for Manufacturers 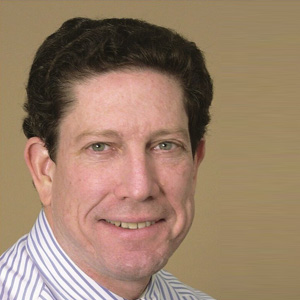 For many manufacturing companies, particularly small and medium-size enterprises, it’s early days for Big Data. Defined as large sets of data that can originate from sources such as the plant floor, the supply chain, customer interactions, financial systems, and social media, the promise of Big Data is to be able to quickly identify patterns and trends that can lead to better decision-making, faster responsiveness to change, business process improvements, and even higher revenues.

“The promise of Big Data is to be able to quickly identify patterns and trends that can lead to better decision-making, faster responsiveness to change, business process improvements, and even higher revenues”

The expectations surrounding the use of Big Data and analytics are high, but the reality on the ground in many manufacturing companies, according to a new survey by the Manufacturing Leadership Council, is that much work still needs to be done in figuring out how to organize around the Big Data opportunity, becoming proficient in analyzing data from various operational and business processes, and, in some instances, establishing a clear business case for Big Data projects. These are just some of the findings of the Manufacturing Leadership Council’s survey on Big Data and Analytics, which was fielded in late 2014 and early 2015. Big Data is part of the Council’s Critical Issue on Transformative Technologies.

The conclusion that many manufacturers are just starting to become data-intensive, analytically focused organizations is supported by a number of the survey’s findings. When asked what level of priority their companies assign to Big Data in relation to other initiatives such as operational efficiency or lean programs, for example, 39 percent of respondents said that Big Data was important, but only 13 percent said that their companies consider Big Data to be a primary strategic focus supported by formal planning. Twenty-three percent said their companies are still assessing the value of Big Data.

But regardless of the still-evolving organizational approach to Big Data, many companies are moving ahead with projects, perhaps experimentally in some cases, in a variety of areas, even if they do not consider themselves particularly proficient at this time in executing these projects.

Of those under way with Big Data, 45 percent of survey respondents indicate they have undertaken a project in manufacturing operations, while 36 percent have done so in marketing and 33 percent have in their sales operations. But in a noteworthy finding, 40 percent of respondents rate their companies’ capabilities today with Big Data and analytics as below average. Twenty percent rate their abilities as good and only 3 percent say they are excellent.

And in a finding that, once again, may reflect the early stage many companies are at with Big Data and analytics technologies—as well as in being able to organize around and benefit from those technologies—44 percent of survey respondents said that Big Data projects met or exceeded expectations, with only 14 percent in the “exceeded” column. Twenty-eight percent said that their projects came in below expectations.

Part of this issue no doubt has to do with how skilled companies are in focusing their Big Data efforts and demonstrating the value of resulting projects. On this score, nearly half of survey respondents—45 percent—said that demonstrating value is their most significant challenge with Big Data projects. The second most significant challenge identified by survey respondents, at 43 percent of the sample, was in deciding where to focus their Big Data efforts.

Another part of this issue has to do with the maturity of internal analytics capabilities and the software tools used in projects. When asked about their investment priorities over the next year, 52 percent of survey respondents identified easier-to-use analytical tools and 57 percent said that upgrading internal analytic skills is their priority.

Technical challenges with Big Data abound, too. Survey respondents said their three most significant issues with Big Data are identifying the right data to address an intended business goal, with 52 percent placing a high degree of significance on this issue; consolidating data sources for analysis, at 50 percent; and normalizing various data formats, at 48 percent.

Despite all of the challenges, the perceived benefits associated with Big Data appear to add up to a compelling case for manufacturers to step up to the plate, undertake projects, experiment, make mistakes, learn, and move forward. Expectations about Big Data may be high, but the motivations to take advantage of the discipline and the technologies are intense as well.

The most significant motivation, according to survey respondents, is to enable their organizations to make better decisions, and decisions that clearly drive better business results. Sixty-six percent of survey respondents attached a high degree of significance to the better business decisions need. In second place on the high scale, at 51 percent of respondents, were increased revenues. And in third place, at 43 percent, was the need to respond faster to business change.

All in all, this year’s survey on Big Data reflects a changing industry, one in which the speed of doing business, and doing it as efficiently as possible, is becoming more important. Manufacturers, large and small are all trying to ascend to the promised land of the analytical enterprise and must now figure out ways to organize their enterprises to achieve that goal. Big Data will become an essential tool in that process. Those that become really good at using it will find an easier climb ahead.

How Digital Experience Is Of Growing Importance To P&C Insurers And...

What It Truly Means For IT Security To Bea Business Enabler

Policy is a Key Solution to Stopping Packaging Waste