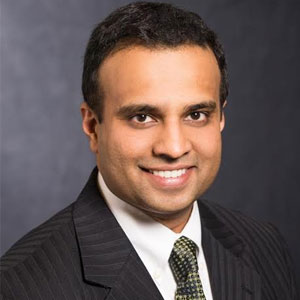 One of the biggest IT initiatives today involves the migration to a cloud-based delivery and consumption model. While public cloud adoption has been impressive and there are many merits to deploying a private cloud, most enterprises are finding the hybrid approach to be more appealing for multiple reasons.

Hybrid clouds promise the best of both worlds by offering the speed and scale of public clouds combined with the visibility and control of on-premise, IT-owned private clouds. Hybrid clouds also give enterprises the flexibility to take a more measured approach to cloud adoption.

As more IT teams make the shift to hybrid clouds, they are finding that it can be a complex problem to solve. Some view hybrid clouds as a kind of Wild West because there are no universal industry standards to govern the setup and integration of public and private clouds. For instance, VMware, OpenStack, AWS, Azure and Google Cloud Platform all involve different operational models and implementation challenges.

Many IT managers are quickly overwhelmed by the architectural changes and fragmented toolsets they must adopt to migrate to a cloud-centric DevOps approach. More confusion results from trying to reconcile so many fuzzy cost structures.

In addition, integrating data and applications across various cloud platforms often requires partnering with costly system integrators and expensive consultants. Even then, there are still no absolute guarantees that hybrid clouds will work in terms of application performance, latency, security or even availability. Consequently, most enterprises are still taking baby steps in their adoption of hybrid clouds, and with good reason.

Enterprises are smart to start their journeys by first moving lower risk workloads into hybrid clouds. Such workloads are not considered mission-critical, such as data backup and archiving, storage expansion, disaster recovery, dev/test and capacity augmentation.

A big slowdown for hybrid cloud adoption involves the delays caused by development and test teams that must take a measured approach to moving workloads. They tend to go slow as a way of minimizing risk, which can be advantageous in the long run. Over the past few years, I have come across numerous enterprises that underestimated the complexity of moving to public and hybrid clouds, and then regretted their decisions to go live before their systems were proven, causing their applications to break.

Building a Bridge to the Cloud through Sandbox Replicas

Hybrid cloud sandboxes can help smooth out this difficult transition by replicating real production environments. Such sandbox replicas are used to model a full-stack, on-premise environment including all the physical infrastructures such as VMs, data, applications, APIs, test and performance tools.

By building such sandbox replica environments and running tests, IT teams can ensure that any potential bottlenecks are caught early with greater accuracy before launching apps into live production environments.

Leveraging sandboxes with cloud-centric DevOps automation can also de-risk cloud adoption in a more cost-effective manner. Cloud sandboxes allow for creating blueprints, establishing self-service workflows, and enabling IT operational teams to set up governance mechanisms that extract business insights with clear visibility into usage and metrics, thus minimizing the impacts of shadow IT.

In one good example, an environment that has a VMware vCenter-based private cloud could continue to be used in situations where data needs to be kept on-premise for regulatory or compliance reasons, while new cloud-native applications could be launched in a public cloud. The hybrid cloud sandbox could also be used to model secure connectivity based on existing VPN or other security infrastructure, creating a realistic assessment for a real-world production deployment.

Bringing the Cloud and Network Together

New Challenges For The New Normal