Everything to Know about R language

Everything to Know about R language 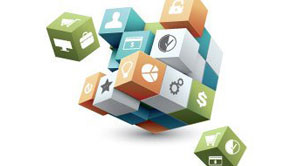 R programming is a specialized open source language for scripting, which is used for predictive analytics and data visualization. The core strength of R programming is data manipulation and data sampling. This language is widely used by data miners and statisticians for developing data analytics and statistical software. Precisely, R is a language and environment for graphics and statistical computing and is similar to S language which is a statistical programming language. The name of this programming language was derived from the name of the two programmers, Ross Ihaka and Robert Gentleman, based on the first letter of their first name. This highly sophisticated language enables integration with the procedures written in C++, C, .NET, Fortran, and Python languages for additional efficiency. This programming language is accessible under the GNU General Public License, and the pre-compiled binary versions are offered for numerous operating systems like Windows, Linux, and Mac.

The R programming has a powerful and extensive graphics ability, which is well-linked with its analytic ability. Additionally being cross-platform, R has the capability to run seamlessly on a wide array of platforms that include Windows, Mac OS X, and Unix. As a comprehensive statistical platform, R offers various types of data analytic techniques. It is sturdy enough for interactive data analysis and exploration. The R environment has an integrated set of software facilities which are used for calculation, data manipulation, and graphical display. This broadly includes an efficient data handling and storage facility. The environment provides a suite of operations that are used for calculations on arrays in specific metrics. The R environment combines an extensive, coherent collection of intermediate tools for data analytics.

The potentials of R are extended via user-created packages which enable specialized statistical techniques, import and export capabilities, graphical tools, reporting tools and so on. These tools are mostly developed basically in R and sometimes in C++, Fortran and Java. In simpler words, the R environment or language is a well developed, and sophisticated programming language which includes user-defined recursive functions, conditionals, and output facilities.

The primary benefit of R is that it is the most efficient statistic analysis package available compared to the other packages. It combines all the statistical models, tests, and analysis which is considered standard and it also provides a comprehensive language for manipulating and managing data. Unlike closed sources, being an open source, R has been reviewed and evaluated by numerous renowned computational scientists and statisticians which enhance the language constantly. It enables the users to use and modify it freely which lead it to more innovative changes. Another highlight about this language is that it has over 48,000 available packages from various repositories specializing in topics such as data mining, econometrics, spatial analysis, and bio-informatics and so on. Additionally, R is capable of handling numerous tools to import data such as SAS, CSV les, and SPSS or it can directly import data from Microsoft Excel, Oracle, MySQL, Microsoft Access and SQLite.

On the other hand, despite the numerous benefits, there are a few disadvantages for R. Unlike the other statistical languages, R is not simple to access. The quality of some of the packages is not up to the standard. Moreover, R consumes a lot of memory which can, in turn, be difficult while data mining.

Fintech To Flourish In Canada

Top Trends In The Field Of Construction Technology