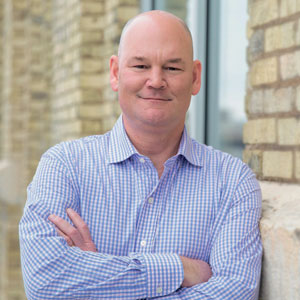 Scott L. Martin, Chairman and CEO How big of an issue is the rising cost of prescription drugs? So big that last month many U.S. state governments passed a bill to gain more visibility into the dealings of healthcare middlemen, who are in large part responsible for this inflation.

“The prescription drug industry is broken by design and not by necessity,” begins Scott L. Martin, Chairman and CEO of Remedy Analytics; and his words couldn’t ring more true. Today, there is mounting evidence, which confirms that pharmacy benefit managers (PBMs) or third-party administrators—entities that negotiate prices between drug manufacturers and employers—engage in contracts that are typically opaque and hard to interpret, price drugs inconsistently, and do not readily share claims data that could benefit their clients. To make matters worse, the large consulting houses and broker advisors are acting as marketing agents for the PBMs by pushing all sorts of PBM products such as collaborative buying groups, transparent pass through contracts, aggregate rebate programs and the like, as so-called solutions that in fact simply mask the problems and solve nothing.

According to Martin, today most PBMs, as well as other entities in the healthcare supply chain, are financially motivated to maintain the status quo of opacity. As a result, benefits executives are kept away from crucial information, which in turn hinders informed decision-making. Given this scenario compounded by the mounting cost of prescription drugs, it’s time that plan sponsors turned to a prescription-drug solution that is based on agnostic, data-driven medication insights, not on biases. It is here that Remedy and PharmaLogic® are changing the game. To Remedy the battle cry is simple: It’s your data, your health. You should own it.

A one-of-a-kind technology platform, PharmaLogic®’s value proposition is unique yet simple: It integrates medication data sets—that otherwise exist in multiple formats and silos— collected directly from PBMs and health plans to reveal contractual issues as well as clear-cut action items, applicable across the medication ecosystem. Often PBMs and health plans lock in programs for three to five years and mention only the upside of a particular clinical program change instead of presenting a holistic picture. But with Remedy Analytics’ granular-level information and fact-based evidence, PBMs no longer have the last word on a contract (and its interpretation) and are instead directed to make changes that work only in the best of interest of a client.
Armed with PharmaLogic®, employers are finally looking at sustained medication plans that can be policed, measured, and overall used to build a stronger employee-benefits foundation.

To better highlight the efficacy of their platform, Martin puts across this interesting analogy. “Would you rather choose the surgeon who operates first to learn what is wrong with you — or a surgeon who uses an MRI and knows exactly what needs to be done?” To Remedy’s clients, PharmaLogic® is the much-needed technology that acts like an MRI to show “under-the-skin” details of how the drug plan is failing the employer before Remedy plans out an “operation” that makes the necessary long-term repairs.

Moving the Needle in Prescription Medication

At its core, the PharmaLogic® platform stands out for its ability to expose relevant insights, such as why a medication program is broken, what are the costs involved, and what are the avenues for savings? Both employers and their brokers have access to a sleek portal that allows them to track the status of an Rx program. This includes a historical overview, the scope for improvement, the changes made by Remedy to fix the program, the positive outcome from a modification, and so on. “We deliver ongoing reports that suggest changes based on current market patterns, new drug entries, etc. At all times, the focus is to leverage data optimally for the maximum advantage of a client,” mentions Martin.

For example, when it comes to PBM claims data, PharmaLogic® allows users to achieve granular insights into every element of claims data, field by field. “The figures might be shocking, but a singular claim has up to 600 data fields. On average, every employee submits 20 claims per year — for some, many more than that—so that’s a massive amount of information. For a company of 5,000 employees, that’s 100,000 claims, up to 60,000,000 data fields. PharmaLogic breaks down this big data to reveal actionable insights, determines the proper adjudication of claims, and reveals the different opportunities that manifest within the data,” says Martin. Given its years of experience, at present Remedy has over 200 million claims (and growing) in its database, and all the information is harnessed each time to deliver a best-in-class solution to employers and their employees. Long story short, PharmaLogic® empowers organizations to turn their large data sets into digestible, strategic guidance on utilization management, adherence, clinical performance, formulary, and plan design opportunities. Moreover, PharmaLogic®’s ongoing monitoring and in-depth information also allows clients to stay one step ahead of regulations and reduce legal exposure by efficiently meeting ERISA-required fiduciary duty of prudence for self-funded entities.
Today, Remedy Analytics’ cutting-edge technology has helped many esteemed corporations such as CBS Corporation, The State of Montana, Hudson News, and Aspire Health to make crucial prescription benefits decisions that affect millions of lives and help save tens of millions of dollars. Its client base comprises public and private entities — of all sizes and industries and from across the country—from Fortune 500 brands to regional municipalities.

To gain a better understanding of Remedy’s prowess, the story of CBS Corporation is a fitting example. Once onboard, Remedy Analytics collected all of CBS’s claims as well as contractual and financial information to show at a molecular level what was exactly transpiring within CBS’s medication program. At the end of it, the CBS benefits team was armed with knowledge and clarity they never had before. Unlike most consulting firms, Remedy Analytics did not rely on PBM-provided aggregated data and calculations; rather, it brought to the fore factual data that allowed CBS to not only look at the existing vulnerabilities in its contract but also the path to correct it.

While this is just a snippet from the company’s many impressive client engagements, Martin credits a major reason behind their year-on-year success to the group of healthcare veterans, pharmacists, engineers, medical directors, data scientists, programmers, actuaries, and client-engagement professionals who hold the show together. Behind the scenes, the core team at Remedy Analytics has over two decades of experience and had initially founded and successfully grown a PBM, until the Express Scripts acquired it. Having been on the “other side,” today the leading members behind Remedy are driven by a shared passion—to break down the walls to rein in drug costs, level the playing field between payor and vendor, and make way for a transparent medication program devoid of any vested interests.

A New Order in Healthcare

It comes as no surprise that given its compelling technology and support from seasoned veterans, most of Remedy’s growth is an outcome of word-of-mouth referrals and client recommendations. For the maximum benefit of clients, the company also collaborates with select channel partners—brokers, TPAs, consultants, accountants, law firms, and unions—that follow a client-centric approach and are dedicated to bringing actionable solutions into the market.

Going forward, as the M&A integration efforts between insurers and PBMs gain more solidity, Martin believes that, now more than ever, self-funded entities need to take charge of their data and health plan. While it’s put forth that PBM-carrier mergers will help employers save money and assist patients who are on complex drug regimens, there are plenty of reasons to be skeptical of the coming changes as well. Instead of allowing PBMs to act as the judge and jury when it comes to healthcare contracts, with Remedy on their side, organizations finally have a medium to reject opacity, embrace transparency, and control their medication plans. Giving us a glimpse into their roadmap, Martin signs off by saying, “In the near future, our vision is to own the medication-centric data space and emerge as the go-to agnostic analytics company.” 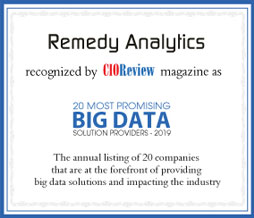 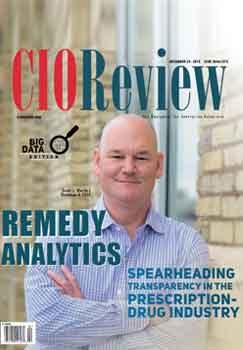