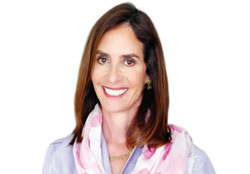 Janet Lustgarten, Co-Founder and CEO
If entrepreneurial spirit is shaping so much of the dialogue about technology today, then Janet Lustgarten, Co-Founder and CEO, Kx Systems is a true testament to that belief. Over the last two decades Janet has been steering Kx Systems to address one of the most basic problems in high-performance computing, wherein traditional relational database technologies struggle to keep pace with the explosive escalation of data volumes.

Over the years, Kx has helped some of the most demanding and sophisticated institutions in the financial universe–namely Goldman Sachs, Morgan Stanley, JPMorgan Chase, Deutsche Bank, Fidelity Investments and others to address a variety of demanding technological requirements.

Based in Palo Alto, CA, the company’s singular goal is to provide its customers with an efficient range of tools for the ultra-high-speed processing of structured real-time and historical data. The key product kdb+ is a database built on a unique computer programming paradigm. To capitalize on the power of vectors to manipulate data quickly, the product uses vectors and arrays as its basic data type. The associated expressive query and programming language ‘q’ is a unique tool that gives kdb+ users the ability to ask questions inside the database, resulting in unusual speed and flexibility. Kx technology runs on Linux, Solaris, Windows, and OS X operating systems, and requires only commodity hardware.

The database and its associated programming language use a single architecture to access billions and trillions of structured data records resulting in really fast processing times. The unified approach allows the database management of all aspects of the data chain reducing the number of in-process steps from the point of data arrival to data analytics.

Kx Systems’s database primarily benefits enterprises with massive data access needs, such as utility companies, financial services organizations, pharmaceutical companies, research institutions, and more. In the financial services industry, traders benefit from the fast processing of kdb+ to perform complex analytics on tick databases. kdb+ collects in-memory ticks coming in from stock exchanges at a very fast rate and sends it in bulk to the historical database, typically on a disk.
The traders now have facts to enable real-time decision-making. In a specific instance, a financial services surveillance company wanted to trace out specific data showing behaviors that were not legal. By using the time-series capability of the ‘q’ language and database, the company could query on tailor made questions to detect illegal trading activity.

“The ‘service,’ or functionality, we provide is the ability to analyze time-series data in lightening fast speeds, which can be used in any industry where data is generated, collected and analyzed in sequence,” says Janet. Kdb+ being a general purpose data collection tool can just as quickly store data from smart meters in people’s homes, or synchrophasors on the electricity grid, or any sort of time-series data.

Being well established in the financial services industry and having a growing footprint in the space; the company’s strategic objective is to expand into new sectors focusing initially on utilities and pharmaceutical companies where the client associations have already been initiated.

To grow the community of users, the company is focused on making the language available to people to motivate them to learn a new system to get the kind of results they can obtain with kdb+. To this end the company has recently announced that the 32-bit version of its database kdb+, and its expressive query language q, will now be free for commercial use. “We want to participate in this time of innovation, and make a version of our product that has been proven by industry and academia, available for use by new entrepreneurs,” explains Janet.