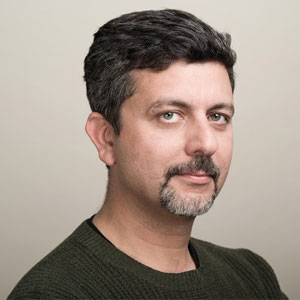 Tanuj Mohan, Founder and CTO
For years as a software geek Tanuj Mohan found himself programming alone at night optimizing code to eke out the last bit of performance, sitting in a building that was completely lit up and air-conditioned. This sheer waste of resources bugged him for years. The coming of LEDs, cheap microprocessors and ubiquitous wireless felt like the right time to bring networking and network management concepts to commercial real-estate.

Later in 2009, Tushar Dave, PremalAshar and Tanuj Mohan were walking around in Manhattan watching the mostly empty buildings lit up like Christmas trees—the opportunity was staring them in the face—Tushar decided to fund the idea and Premal joined to help build the product—Enlighted was born.

Enlighted has grown a lot since then. It is now an IoT and Big Data platform for commercial real estate, with the ability to monitor occupancy, light levels, temperatures, bluetooth devices and plug loads. Enlighted analyzes the building sensor data to drive down operating costs, improve indoor environments, and unlock revenue opportunities—using the power of IoT in commercial buildings.

This building intelligence is achieved by Enlighted installing its advanced sensors into every light fixture in a commercial space. Theses sensors, which are essentially mini-computers, are wirelessly connected together and stream data to the cloud.

“I joined Enlighted with the goal to take it beyond energy efficiency and become the leading IoT platform for commercial buildings,” says Joe Costello, Chairman and CEO. “Sensors are the beating heart of our platform, and the big data aspect is central to our solution,” notes Costello.

“We are just at the beginning of revolutionizing how buildings and humans interact for increased productivity and comfort.”

The idea of “deep learning” is also central to the Enlighted philosophy of building optimization:

“Enlighted creates a smart and responsive building by mimicking humans with a sensory system, a neural network and a brain,” explains Mohan.

We founded Enlighted with the goal of increasing energy efficiency through lighting optimization, but Enlighted has evolved, and is now the leading IoT platform for the commercial buildings

“Making better decisions based on historical behavior and dynamic response to variables in the environment improves the experience of the occupants while making the building more efficient.”

Enlighted has started to introduce software applications—built on top of the sensor technology and the vast troves of data that they generate—for tracking and optimizing assets in commercial buildings. The system comes with two data-driven apps–called Space and Aire—that are used to monitor and optimize a building in real-time from a workstation or mobile phone.

As an example, AT&T, needed to optimize the energy performance across 1,000 of their energy-consuming buildings— with the aim to reduce the company’s carbon footprint upto 20 percent by 2020. Leveraging Enlighted, they replaced all fluorescent light fixtures with new energy-saving LED lighting equipped with Enlighted’s advanced lighting control system.

“AT&T now estimates that the initial 20 million square foot retrofit project is saving the company around $8 million a year in lighting energy expense,” says Costello. However, once the rollout is complete across their entire portfolio, Enlighted could reduce AT&T’s energy consumption by 195 gigawatt-hours, which will net the firm $200 million in cost savings over a span of 10 years.

Enlighted continues to innovate. The company recently released the fourth generation family of Enlighted sensors as well as the latest version of their industry-leading gateway technology, E.M 3.6. This version included best-in-category add-ons for secure and stable deployment within a corporate environment. 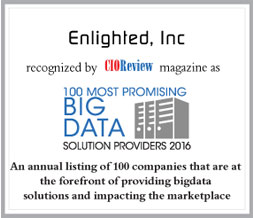 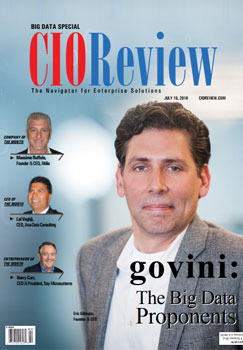