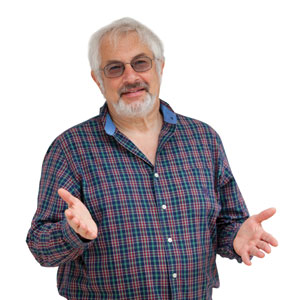 Dr. Alex Russakovsky, Founder, CEO & CTO
An innovator and thought leader in the business intelligence (BI) arena for over two decades, Dr. Alex Russakovsky, the founder and CEO of Zeepabyte, oftentimes encountered customers that were unhappy with the performance of their analytics tools, even before big data came into the picture. When a single server could not analyze data efficiently due to data overload, technology stepped up to this challenge with clustered nodes and multi-core processors. The downside: a higher consumption of energy per server dramatically increased the cost of performance when data gets into tens of terabytes.

The cost of performance is defined as the cost of hardware and software along with the energy expenses of analytics systems divided by speed in number of queries per hour (QpH). In a scenario where the cost of hardware is an objective proposition and seems to only increment, Zeepabyte tables a breakthrough software solution with its flagship product Cascade “Zippy” Analytics System, ushering in cost-effective data analytics. The proven solution offers an algorithmic approach to achieve record-breaking results in terms of real-time query response for very large data sets while reducing the hardware requirements and therefore power consumption.

As per Dr. Russakovsky, the latest statistics on the cost of performance of BI systems has the current industry leader at $140 per QpH and the runner-up at 470 dollars whereas Zeepabyte offering costs only $30 per QpH. “After many years, customers finally have a solution that drastically reduces the total cost of ownership in BI and scales with data growth into hundreds of terabytes and potentially petabytes,” remarks Dr. Russakovsky.

He draws attention to the current scenario where data-lakes have become “swamps” of business intelligence. The failure to organize data according to analytics tasks, rather than analytics tasks around data lakes, often results in full scans of data taking either exponentially longer time or requiring exponentially more hardware. The industry think tanks are yet again bent on improving the speed of full scan through improved hardware capabilities; in contrast, Zeepabyte offers an innovative algorithmic solution.

“Our approach is to optimally organize data with respect to the known analytics tasks and have it available for spontaneous tasks as well; the result is faster query response,” elucidates Dr. Russakovsky.

Such organizations have the intrinsic property of scaling much better with data growth both by the cost of performance and energy consumed.

“This benefit is extremely valuable to improving competitiveness of our clients: by using an analytic tool which is 10 times cheaper, they can now afford to extract business insights from large volumes of data to gain a competitive advantage,” said Oscar Perez, President of BRACHIN LLC, which serves thousands of enterprise clients and recently launched Big Data Genie™ solution based on Zeepabyte’s core technology.

Zeepabyte’s patented data organization and search methods efficiently tackle the important aspect of data security, too, by ensuring that even if the data is breached, it is rendered useless to the hacker. Zeepabyte’s deployment nodes contain coded information that cannot be decoded without using two important pieces of information which are placed elsewhere for maximum security. The system also anonymizes customer data enabling compliance, for a diversity of machine learning applications, with various mandates such as HIPAA.

In comparison to other BI solutions, Zeepabyte’s BI layer is not designed as a separate layer on top of the database, instead is part of the database and captures all the relationships between the logical attributes and the artifacts of the physical storage. “Our core technology can improve both the speed of the query and reduce operational cost for a variety of BI applications, which suffered from such shortcomings or have not been even possible before.”

As Zeepabyte’s technology with its potential to disrupt database searches gains momentum, the company is actively expanding its product reach through value-added reseller (VAR) agreements and using sales revenue to accelerate product development. With plans to add predictive analytics and machine learning algorithms to its repertoire of new functionalities on the anvil, Dr. Russakovsky affirms, “We have solved the main pain point that BI users face today.”

Description
Provides the fastest and most cost-effective tool for distributed storage, processing, and real-time querying of big data 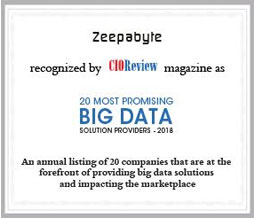 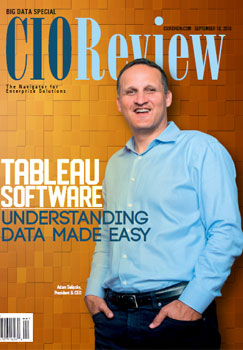